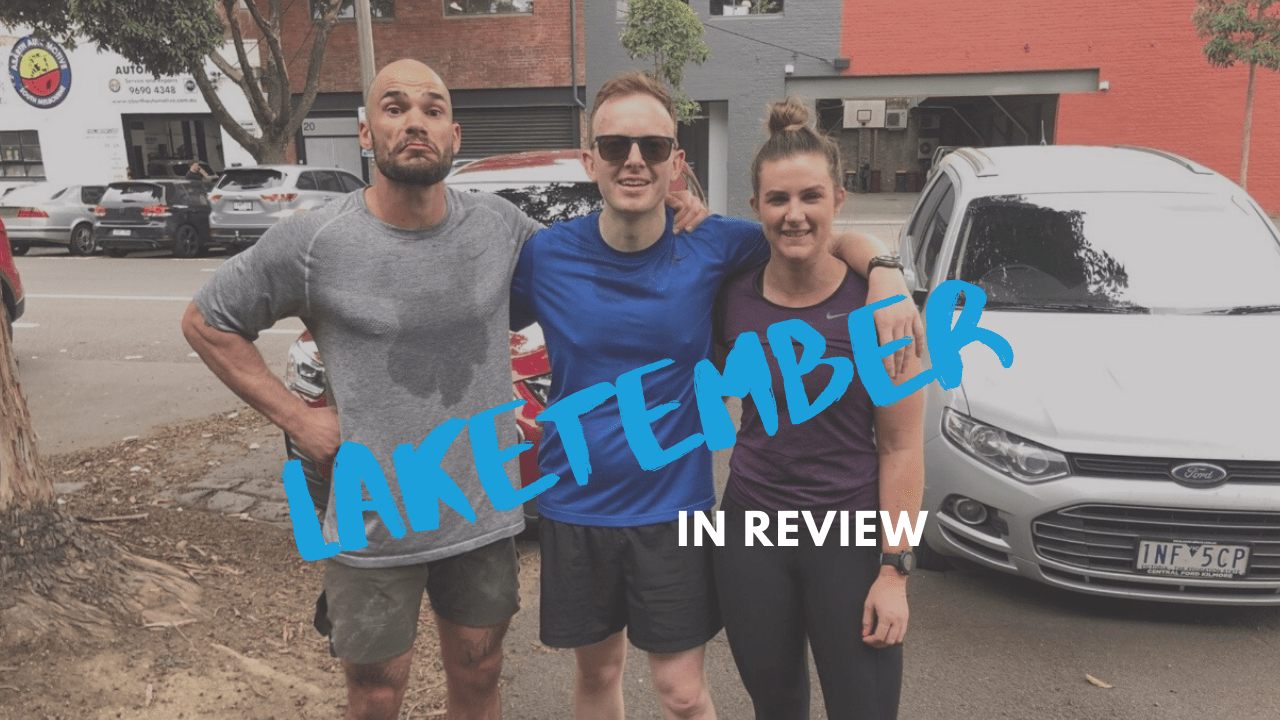 Someone once told me if you drink black coffee 8 days in a row you begin to enjoy… Of course, I tried this and it was succesfull-ish. I like black coffee on ice in the summer so that’s something.

For Step-tember we decided to apply the same method to running and hope for the same result. Running has been something I personally have despised so even enjoying it a little would be great progress.

The challenge was simple in structure. We were going to run the Albert Park Lake as many days as possible for the month of September. Boom! Just like that, Laketemeber was born!

I think I was in the same boat as many of our members who attempted this where the majority of our running was completed during a class where the maximum distance would be roughly 250-500m at intervals so we were going to be subjected to a lot more volume and consistency of running.

Week one was easily the hardest week physically. My back hurt about 20 steps into the run which was usually a deterrent for longer distance runs in the past no matter how much pre-hab work I did. I just couldn’t shake the tightness in that first week which made each run tedious.

Moving on to week two the tightness and pain while running seemed to subside exactly as our in house physiotherapist Dan from Transform Physiotherapy said It would. So far a few of us hadn’t missed a day and we were determined to hit every day in the month so on we went lacing up the shoes and getting around the lake. It was a 7.2km long trip from the gym out and back.

Week two was also the first week we stretched the distance by extending the route another 3km to make it a clean 10km which we would continue to sprinkle in amongst the 5 and 7km runs. At this point the tightness in the back was only creeping in during the last 2km and this made me start to appreciate the runs more and more.

The fatigue started to hit in week three which was both mental and physical. We were trying to keep up with our resistance training as well so we planned runs after classes so we could hold each other accountable. Without some of the running partners I had I would’ve struggled to get out there during the middle of the month so thank you everyone who got out there as a group or in pairs it was great to see people who have not run at all pull together and do something they weren’t accustom to, so well done to everyone who got involved.

Week 4 we all started to see the light at the end of the tunnel and the mood and energy was great. Running was feeling better and better on the body, which was very surprising as a few of us were crossing over the 200km point for the month some even sneaking in half marathons in the final week. We finished the month off with a group walk/run that ended up at a local café for brunch and some well-earned espresso martinis.

As a group during the month of September members of RevoPT collectively ran over 1,150 Kilometers. An impressive effort from all those who participated.

Upon reflection, sometimes we have to take something we don’t like and do it until it becomes tolerable and then becomes enjoyable. Eventually whatever that activity or job is isn’t a weakness anymore. It can become a strength or skill you can call upon when you need to.

With the Melbourne marathon around the corner I decided along with a few members from RevoPT to put all this running to good use and entered into the half marathon, a distance I hadn’t completed since I was 17. The morning was calm and slightly overcast and seemed to be perfect running conditions. I crossed the line feeling great and came away with a PR time, which I was elated with.

A challenge that started with a goofy name and a simple objective proved to be a great test of will power and determination. There were definitely days where it was the last thing I wanted to do and although there were no consequences for missing a day I’d made a commitment to myself to make it happen and sometimes that’s all you need.

Looking forward to locking in the next running event soon. Keep an eye out for our next challenge coming soon…